Monster Pit marks the start of a new dungeon crawl experience from Elzra, with this first installment being a fully co-operative, fantasy adventure game set in the world of Catacombs.

During the game, loyal Captains must rally their forces to defend the Citadel against the emerging threat of a creature from the deep. Think Gandalf rallying the forces of Minas Tirith in Return of the King.

This is not a tower defense game, but blends several mechanisms including dice drafting (there are custom dice and rolls can be mitigated), tableau building (the player boards are extra large to organize the various cards), and worker placement (in terms of the various buildings your Captain will visit). 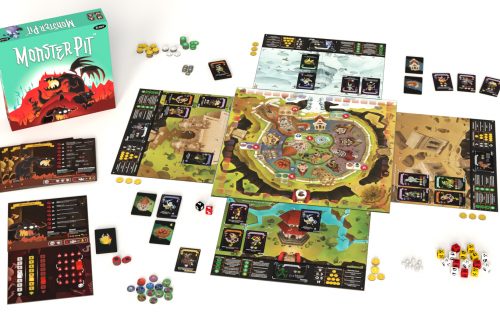 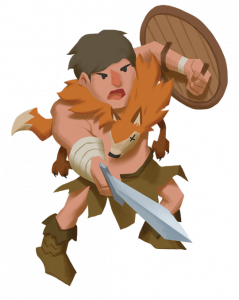 Your Captain’s tableau will include soldiers, wizards, heroes, mounts, and wyverns. Some of these characters are for offensive purposes (attacking the Monster etc) and some for defensive purposes (building your resources including your dice pool). During the game player will also complete quests for the King, buy items from the Town Hall, ride a Mount, fight creatures in the streets of the Citadel, upgrade their Captain at the Armoury, visit the Dwarven Grotto for gold, and find helpful trinkets in the Fountain.

There are five monsters included in the game (Dragon, Enchantress, Behemoth, Vampire Queen, and Orc War Chief) both featuring “A” and “B” sides for greater challenge and variation.

Read the Manual
Play it now on Tabletop Simulator 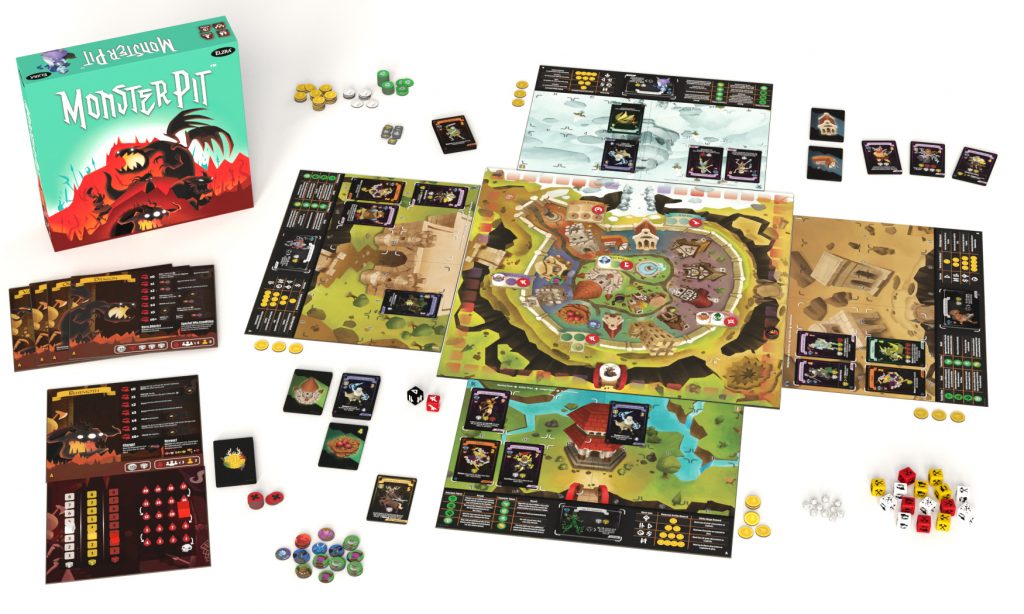 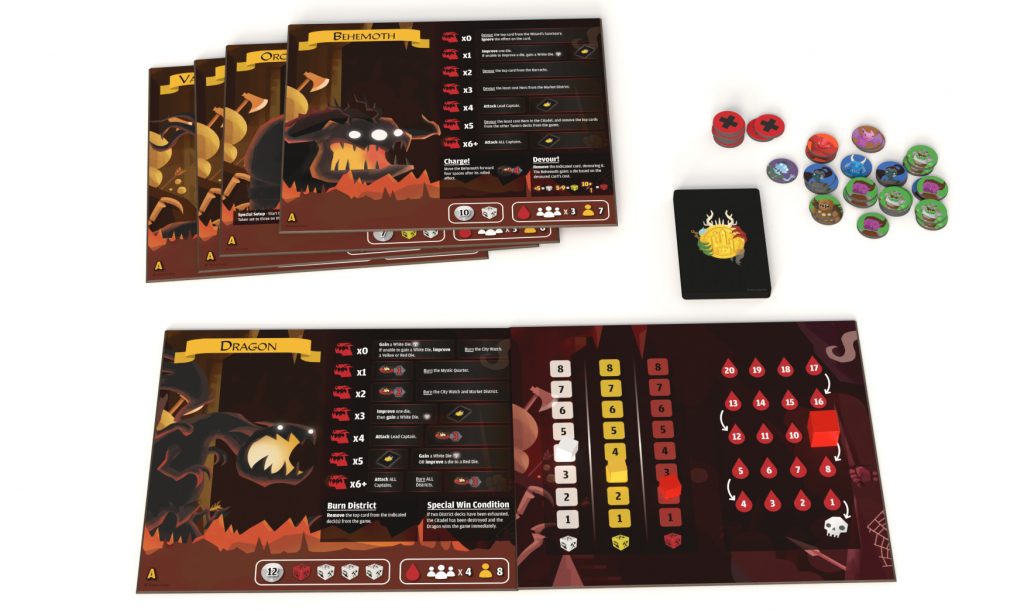 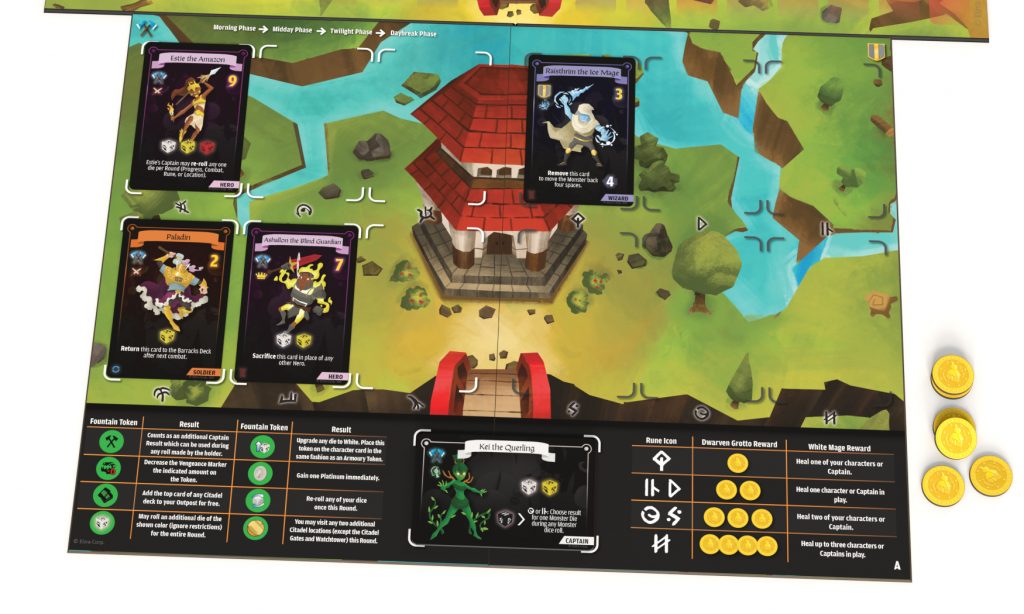 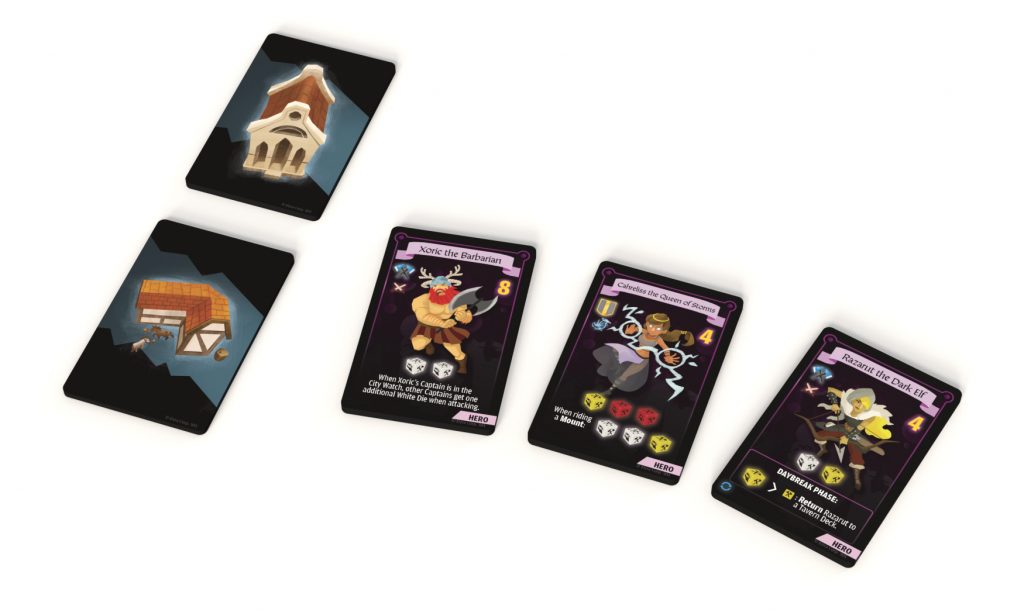 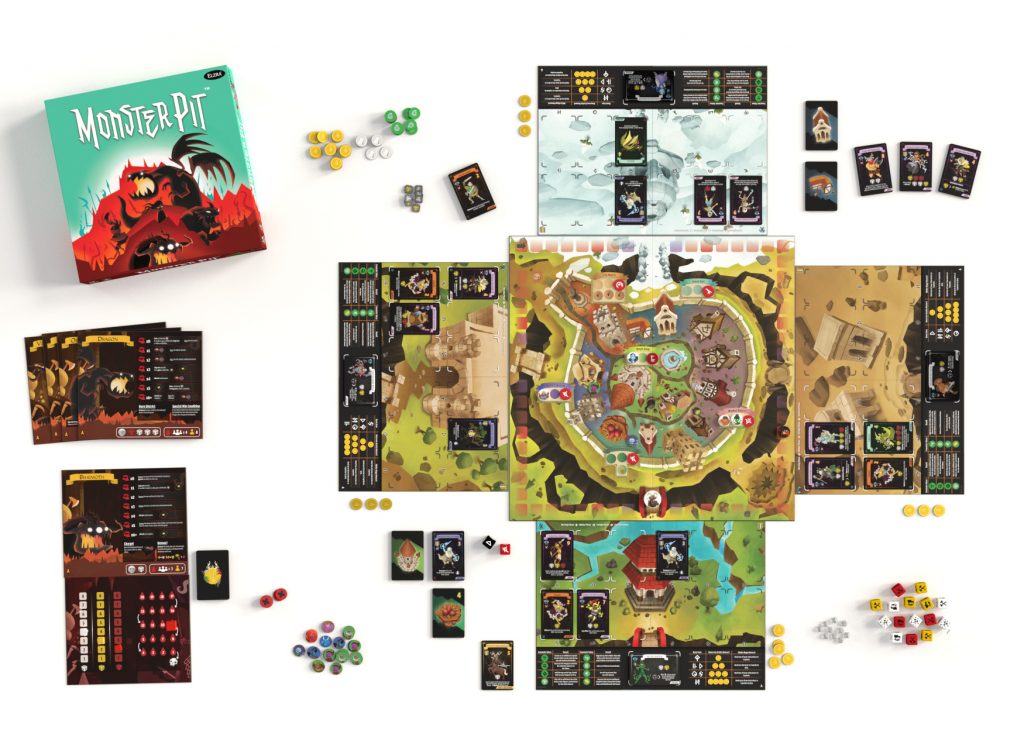 Your email address will always be kept confidential. We will never sell or rent your information.